Here is a trailer for a longer video. This records the introduction to a discussion that I facilitated. The discussion was about Neo-liberalism. And its impact on South Africa’s Urban and Housing strategies since 1994. Neo-Liberalism – Urbanisation Housing 1.

I made a presentation. A group of 14 people participated in the discussion that followed.

This is the first part of a four part discussion on this topic. The other four parts will follow in the weeks ahead.

This topic is current. Our society continues to suffer from a severe hangover. This is the aftermath of the celebrations of the “rainbow nation”. These celebrations greeted the release of Nelson Mandela and his comrades from prison during the early 1990s. South Africa made a so-called ‘miracle’ transition to democracy on 27 April 1994.

In his “The Eighteenth Brumaire of Louis Bonaparte” Karl Marx writes that “bourgeois revolutions, like those of the eighteenth century, storm swiftly from success to success; their dramatic effects outdo each other; men and things seem set in sparkling brilliants; ecstasy is the everyday spirit; but they are short-lived; soon they have attained their zenith, and a long crapulent depression lays hold of society before it learns soberly to assimilate the results of its storm-and-stress period”. 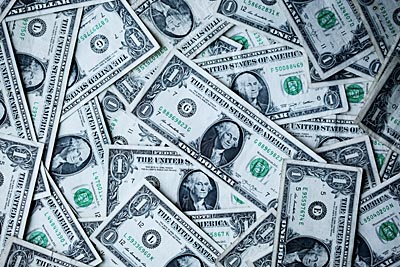 How well that description applies to the years of Mandela! The heroic struggles and sacrifices of the 1980s bore the fruit of freedom. Partying included the Rugby and Soccer World Cup festivals. South Africa became the darling of the ‘international community’. We were the moral example to the world. Of the oppressed forgiving the oppressor. Therefore, a model of ‘peaceful’ transition to a normal, democratic state. And Mandela became an icon. Consequently, a veritable personality cult grew up around the man. It was developed and cultivated by local and foreign elites. Apparently the poor and downtrodden of his own country loved him.

There was a dark underbelly to this triumphant joviality. The Arms Deal, started in 1998, is one example. Our main threat was the poverty of our people. It made no sense to rearm our ‘defence force’. This corrupt deal was born under the Mandela Presidency. It was consummated and implemented under the Mbeki Presidency. And it diverted billions of Rands from welfare to the international arms industry.

Another example is the practice of human rights on the international stage. Mandela made a telling comment to investigative journalist John Pilger, towards the end of his presidency. Mandela justified his support for Indonesian ruler Suharto (see between 37,28 and 38,31 minutes of the linked video). But Suharto’s forces killed hundreds of thousands of political opponents. Furthermore, events on the home front are not insulated from foreign policy practices. Later, in 2012, then Deputy-President Rampahosa facilitated events resulting in lethal force against mineworkers at Marikana.

A third example was Black Economic Empowerment, or BE. BE was the project to form the black bourgeoisie. It involved the transfer of wealth from the sale of unwanted assets by monopoly capital. To designated wannabe black capitalists. Some of the latter lost out when their purchased assets failed to perform. And they were unable to meet their debt obligations. Still, quite a few survived. The Motsepes, the Ramaphosa’s and the Sexwales of this world. For the rest, the ANC-government became the conveyor belt of capital accumulation.

Our society was moving in a direction. It contradicted the fine words in our constituion. We still paid lip service to those sentiments. But the reality for millions was different. Persistent poverty, unemployment and mortality from HIV-Aids. And wherever they looked they saw obscene levels of inequality. Since 2004 the marginalised majority protested persistently all over the country.

Our political and economic institutions were unable to respond to the majority’s needs. The Haves waged class war against the Have Nots. The immobility of our institutions underlies the depression that hangs over the body politic. Often this depression is ruptured by the outbreak of protests. And too often, by mob violence. Like the most recent wave of xenophobic attacks on foreign African nationals’ shops.

For a Theory of Neo-liberalism

What has all this go to do with South Africa’s post-apartheid urban and housing policy? Well, the majority living in our cities and towns feel the brunt of neo-liberal policies. These policies have been presented as ontologically necessary. In fact they represent a class formation project on steroids. And the corporatisation of the state. Government departments and their strategies are increasingly shaped to benefit the dominant classes.

We need to soberly assimilate the results of this roller coaster ride since 1994. To do this means that we must step back. And return to a theory of class and social development. This is what inspired the discussion on neo-liberalism.

Transcription of the Video Trailer

I reflected on neo-liberalism through the lense of South Africa’s post-apartheid urban and housing strategies.

A group of of us engaged in a discussion around this theme during 2017.

This is the first of a four-part recording of that discussion.

• A psychoanalyst, who was also an anti-apartheid activist in the 1970s and 1980s

• I (Paul Hendler) led the discussion, as a development strategist, on the basis of my work in INSITE and also in Stellenbosch Transparency

• There was An organisational development practitioner present

• We had an urban development practitioner, then Director of Open Streets, Cape Town

• There was an urban planner, development practitioner and project manager working at informal settlement level

• The General Secretary of the Social Justice Coalition, based in Khaylitsha

• An artist/playwright/poet, currently a post-graduate student in history

• A professor of German language, literature and cultural studies

• Also present was a human rights and environmental activist, currently an interior designer and gardening teacher

• A film investigative journalist, who filmed our discussion

• And we also had a second film investigative journalist present

To conclude this Introduction I summarise the structure of my description and analysis of the meaning of the term neo-liberalism.

I titled this paper that I am writing here, I called it “On Neo-liberalism and Class Struggle: Notes towards an Investigation of South African post-apartheid urban and housing strategies”.

So the first thing I look at is What are the housing and urban development questions as I understand them.

And then after that I want to just define this ideology that is known as neo-liberalism.

And then the third point is What are the classical economic and neo-Marxist critiques of this neo-liberal ideology. Part of the ideology that dominates us says that there is no need for theory. Everything is sort of there in your face and so I think it’s very important, and so what I’m going to talk about is not a practical guideline for what you could do possibly tomorrow, but to say let’s step back, how do we see what’s going on around us.

Towards the end I just want to give you some reflections on the neo-liberal housing and urban strategies that we’ve had in the country over the last sort of 20 odd years, 20 or 25 years since CODESA, 94.

Then right at the end I just want to reflect on, for us to think about what are the issues, what are the theories of change we have. Because it’s all good and well to say this is the way they see it, this is the way that we see it, and these are the areas we should be focusing on and we can solve the problem, but, I think Barry you raised the point yourself earlier on, about the role of professionals and intellectuals. So what are the motive forces out there, and how do we relate to them? Not an easy question. But I think there’s a bit of theorising around that also.

Following the discussion I completed an Introduction paper to this series. 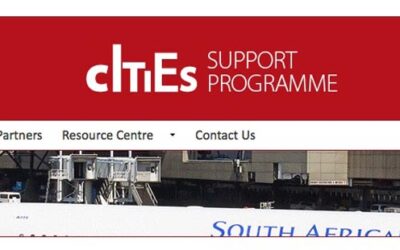 Between 2012 and 2016 I (Paul Hendler) led a team of consultants for the Cities Support Programme (CSP). This is about the programme strengths-weaknesses. The CSP is a National Treasury (NT) project. CSP's purpose is to address the poverty, unemployment and...

END_OF_DOCUMENT_TOKEN_TO_BE_REPLACED 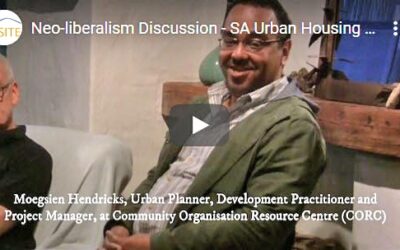 Executive Summary A group of 14 people gathered at a home in Kalk Bay during 2017 to discuss the meaning of 'neo-liberalism'. Neo-liberalism - urbanisation housing. There is already an introductory trailer to this. We are all involved in concern for where our society...

END_OF_DOCUMENT_TOKEN_TO_BE_REPLACED 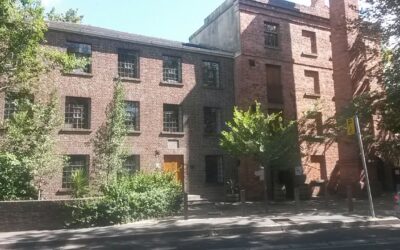 During February I facilitated a Project Management Course. There were participants from four organisations. Habitat for Humanity South Africa. Shackdwellers International. Peoples Environmental Planning. And Making of Cities. The course venue was the Josephine Mill in...

END_OF_DOCUMENT_TOKEN_TO_BE_REPLACED

Between 2012 and 2016 I (Paul Hendler) led a team of consultants for the Cities Support Programme (CSP). This is about the programme strengths-weaknesses. The CSP is a National Treasury (NT) project. CSP's purpose is to address the poverty, unemployment and...

END_OF_DOCUMENT_TOKEN_TO_BE_REPLACED

Executive Summary A group of 14 people gathered at a home in Kalk Bay during 2017 to discuss the meaning of 'neo-liberalism'. Neo-liberalism - urbanisation housing. There is already an introductory trailer to this. We are all involved in concern for where our society...

END_OF_DOCUMENT_TOKEN_TO_BE_REPLACED

During February I facilitated a Project Management Course. There were participants from four organisations. Habitat for Humanity South Africa. Shackdwellers International. Peoples Environmental Planning. And Making of Cities. The course venue was the Josephine Mill in...

END_OF_DOCUMENT_TOKEN_TO_BE_REPLACED 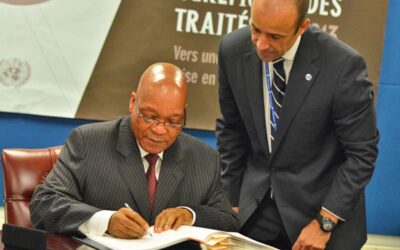 Preposterous arrogance is what happens …..

We only use cookies on our website to manage your navigation and essential functions to give you the most relevant experience by remembering your preferences and repeat visits. All others are disabled by default. By clicking “Accept”, you consent to the use of essential cookies. However, you may visit "Cookie Settings" to check the settings and provide a controlled consent.
Cookie SettingsPrivacy PolicyAccept
Manage consent

This website uses cookies to improve your experience while you navigate through the website. Out of these, the cookies that are categorized as necessary are stored on your browser as they are essential for the working of basic functionalities of the website. We also use third-party cookies that help us analyze and understand how you use this website. These cookies will be stored in your browser only with your consent. You also have the option to opt-out of these cookies. But opting out of some of these cookies may affect your browsing experience.
Necessary Always Enabled
Necessary cookies are absolutely essential for the website to function properly. These cookies ensure basic functionalities and security features of the website, anonymously.
Functional
Functional cookies help to perform certain functionalities like sharing the content of the website on social media platforms, collect feedbacks, and other third-party features.
Performance
Performance cookies are used to understand and analyze the key performance indexes of the website which helps in delivering a better user experience for the visitors.
Analytics
Analytical cookies are used to understand how visitors interact with the website. These cookies help provide information on metrics the number of visitors, bounce rate, traffic source, etc.
Advertisement
Advertisement cookies are used to provide visitors with relevant ads and marketing campaigns. These cookies track visitors across websites and collect information to provide customized ads.
Others
Other uncategorized cookies are those that are being analyzed and have not been classified into a category as yet.
SAVE & ACCEPT
Next Up